DALLAS, Nov. 19 (UPI) — John Battaglia, convicted in the 2001 slaying of his two daughters, is mentally fit to be executed, a Dallas County judge ruled Friday.

Battaglia, a former accountant, was convicted in 2002 for killing his daughters, ages 6 and 9, while his wife Mary Jean Pearle pleaded with him on the phone not to do it. He was originally scheduled for execution in March, but it was postponed so psychological testing could be performed.

Three of the four psychologists who evaluated Battaglia said he is not fit to be executed because he has delusions that prevent him from understanding his case. A fourth psychologist, Dr. James Womack, said Battaglia is not delusional and fit for execution. The judge agreed.

Prosecutor Christine Womble said Battaglia did research in the prison library so he could portray himself as incompetent. 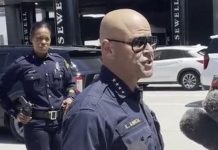