June 23 (UPI) — Hundreds of Dallas residents displaced by a tower crane that fell on their apartment building don’t know when they will be able to retrieve their belongings.

One woman died and five others were injured when a severe storm knocked over a tower crane, collapsing several apartment units in the Elan City Lights Apartments on June 9. The building was deemed unsafe to live in, so all 500 residents were forced to find a new home. They were given five minutes to pack up whatever belongings they could and were given rent refunds and cash toward finding a new apartment.

Some residents who had the worst damage to their buildings couldn’t salvage anything from them. All residents were told the remaining possessions would be itemized and shipped starting this week.

But that process is now delayed by the Occupational Safety and Health Administration. The move-out plan is being finalized and requires OSHA approval.

“While we previously communicated that the process to move your personal belongings would begin this week, there are factors beyond our control that are delaying this process,” the apartment management said. “The moving plan must be approved through governmental authorities who are considering the safety of those executing the plan, and the restriction and control of the OSHA preservation zone, which is the investigation area within the property.”

One former tenant is suing the tower crane operator, Bigge Crane and Rigging Co., and the Gabriella apartment building where the tower crane was working when it fell in high winds.

Macy Chiasson lived two floors below the apartment of Kiersten Smith, the 29-year-old woman who died in the crane collapse. She cut her foot on glass while running for safety and is seeking $1 million in damages. 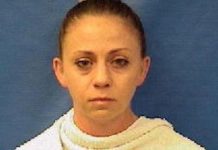