Loeb made the announcement in a letter to investors on Sunday after his company bought 40 million Nestle shares.

To improve Nestle, Loeb seeks to cut costs, to sell the Swiss-based company’s 23 percent stake in L’Oreal and to sell non-growing businesses. After the purchase, Third Point is now Nestle’s sixth-largest shareholder. The Nestle Group is world’s biggest food and beverage company.

“Nestle has fallen behind over the past decade in an environment where growth has slowed due to changes in consumer tastes and shopping habits, as well as an influx of new competition from smaller, local brands,” Loeb wrote in the letter. “Nestle has remained stuck in its old ways, making it impossible to deliver on the once reliable ‘Nestle model’ that called for 5-6 percent organic sales growth annually and continuous margin improvement … as a result, earnings per share have not grown in five years.”

Loeb said Nestle has unrealized potential because it is “rare to find a business of Nestle’s quality with so many avenues for improvement.”

“Third Point invested in Nestle because we recognized a familiar set of conditions that make it ripe for improvement and change,” Loeb added.

Nestle manufactures popular chocolate candies like Butterfinger, Crunch, Baby Ruth and the Skinny Cow line of products, as well as other food and beverage brands such as Perrier, Nesquik, Jenny Craig and Honey Nut Cheerios. 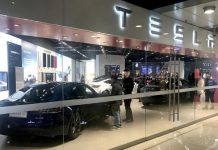 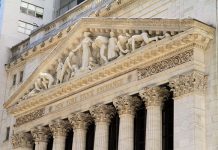