Thought to be in Germany, Chung avoided authorities for several days. South Korean officials had recruited the help of German police and Interpol in an attempt to invalidate her passport and track her down, but it was a group of South Korean journalists who tipped off Danish authorities to her whereabouts.

Chung was one of five South Korean nationals apprehended by police in Aalborg. All five are believed to have been staying in the country illegally. Danish officials are currently in talks with South Korea’s Foreign Ministry over Chung’s deportation back to her home country, where she is wanted for questioning.

“We will request her emergency extradition, working with the special prosecutor’s office,” Lee Chul-sung, chief of South Korea’s National Police Agency, said at a press conference on Monday.

Chung’s mom, Choi, has been dubbed “Rasputin” by the South Korean press for her undue influence over President Park. Choi and Park have been accused of corruption. Choi, specifically, is alleged to have used her position of influence to secure “donations” from large corporate conglomerates, like Samsung — donations she then used to fund her family’s lavish lifestyle.

Chung is a member of the national equestrian team and is believed to have a visa that allows her to train in Germany. But she was found staying in a Denmark flat with her one-year-old infant son, a nanny and two male body guards.

Chung’s lawyer told officials his client is prepared to answer any questions relating to her mother’s corruption allegations. 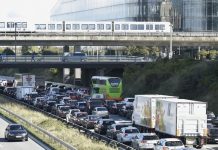 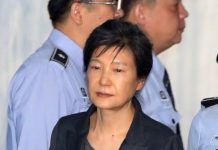