June 30 (UPI) — An alligator ate the body parts of a man whose body was found floating in a Florida canal, Polk County Sheriff’s Office officials said.

A necropsy of the alligator, which was caught and killed by the Florida Fish and Wildlife Conservation Commission, revealed the hand and foot of 45-year-old Michael Ford II in its stomach.

Ford’s body was found floating in a canal near a property owned by fertilizer company Mosaic on Thursday.

The sheriff’s office said a large alligator had part of Ford’s body in its mouth when the employee found him.

Detectives impounded a truck found at the scene that was owned by a friend of Ford’s who had agreed to sell it to him.

Neither the friend nor Ford’s family had heard from him since June 23.

An autopsy of Ford’s body showed multiple lacerations and injuries caused by the alligator. 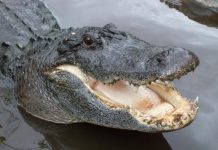 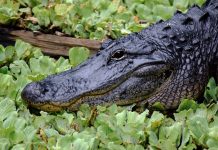 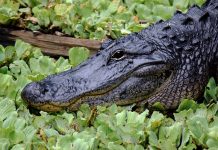