May 12 (UPI) — The death in an attack at a five-star hotel in Pakistan has risen to five, authorities said Sunday.

On Saturday afternoon, authorities reported three armed men killed a security guard as they attempted to enter Zaver Pearl-Continental Gwadar, which is part of Pearl-Continental Hotels & Resorts, the largest chain of luxury hotels in the nation. Gwadar is in southeast Pakistan, near the border with Iran.

At the hotel, there were no guests and limited staff due to Ramadan, a spokesman told the BBC.

Security forces entered the hotel and engaged in gun battle with the militants. They were cornered in a staircase leading to the top floor, officials said. The BBC reported the gunmen died in a siege that lasted several hours.

The Baloch Liberation Army, an ethnic Baloch separatist group fighting for independence for Balochistan province, claimed responsibility for the attack. 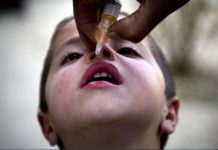