Aug. 30 (UPI) — The death toll in a fire at an Illinois apartment building rose to 10 as two children who had been hospitalized after the fire died early this week, local authorities said.

Cesar Contreras died Monday and Adrian Hernandez died Tuesday after both 14-year-olds were hospitalized in critical condition as a result of the blaze that burned through a Little Village apartment, The Chicago Tribune reported.

“There are no survivors from the building where the fire occurred,” the Chicago Fire Department said.

The blaze took place in a three-story apartment building on the west side of Chicago early Sunday and all victims were transported from the same residence on the second floor.

Chicago Fire officials on Wednesday said they were able to find a smoke detector without a working battery in the wreckage of the blaze, The Chicago Sun-Times reported.

Federal investigators said they were analyzing “an electrical device unrelated to earlier violations” although the cause of the blaze was still undetermined.

Langford said there was evidence of fireworks and smoking materials such as cigarettes on the back enclosed porch where it is believed the fire began.

Residents gathered around the area near the apartment building on Wednesday for a third day of vigils and potlucks for the affected families. 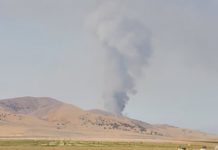 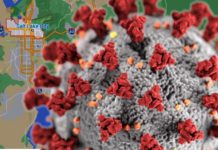 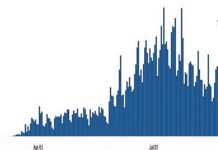