SEATTLE, Sept. 28 (UPI) — The death toll in the crash between an amphibious duck tour bus and a charter bus on Seattle’s Aurora bridge has risen to five, as a 20-year-old woman died Sunday from injuries.

Authorities identified those who died as Claudia Derschmidt, 49, of Austria; Privando Putradanto, 18, of Indonesia; Mami Sato, 37, from Japan; and Runjie Song, 17, whose native country was unknown. The fifth victim has not been identified yet. All five attended North Seattle College.

Ride the Ducks, operator of the amphibious vehicle, stopped all tour activity following the crash. Washington state’s Utilities and Transportation Commission prevented the company from resuming operations until safety inspections on all amphibious vehicles are complete, The Seattle Times reported.

“I believe that until we can be assured that each of these vehicles and drivers have been inspected they should not be back on Seattle streets,” Washington Gov. Jay Inslee said in a statement.

National Transportation Safety Board investigators were focusing on the front axle of the amphibious vehicle, because the the front left axle was “sheared off.”

In 2013, Ride the Ducks International, headquartered in Atlanta, found a potentially dangerous failure point in the amphibious vehicles’ axle housing. The company issued a notice to recommend companies fix the problem.

The vehicle involved in the crash was not fixed, but it is not clear if the Seattle Ride the Ducks business received the notice.

NTSB board member Earl Weener said it is unclear if the front axle contributed to the crash and that it was too early to determine the cause of the incident.

Weener said the World War II-era vehicle had been refurbished in 2005 with a new chassis and engine. Investigators said the wheels may have locked, but it is “way too early to say anything about probable cause,” Weener said. 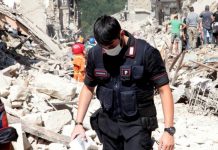 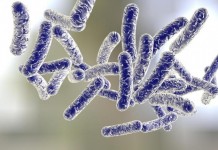 Deaths In NYC Legionnaires’ Outbreak Up To 7