Until now, scientists thought diamonds were formed one of two ways, via the oxidation of methane or the chemical reduction of carbon dioxide within moving fluids. These two types of diamond formation require a rather unique set of geochemical circumstances, hints their relative rarity and value.

But a new study, published in the journal Nature Communications, suggests a much more simple and common scenario can yield diamond formation. Using chemical models, researchers showed diamonds can form as water slowly becomes more acidic moving from one rock formation to another.

“The more people look, the more they’re finding diamonds in different rock types now,” study author Dimitri A. Sverjensky, a geochemist at John Hopkins, said in a press release. “I think everybody would agree there’s more and more environments of diamond formation being discovered.”

Of course, this new formation scenario — just like the traditional two — requires intense pressure and extreme temperatures, between 1,650 and 2,000 degrees Fahrenheit. Such scenarios naturally occur only deep inside the Earth’s mantle. This is one of the reasons Sverjensky doesn’t expect his new research to disrupt the diamond market.

Easily accessible diamonds are made possible by magma eruption, which push the diamonds of the deep Earth up towards the surface. If there are a lot more diamonds deep down below, that doesn’t mean they’ll be making an appearance any time soon.

What’s more, the abundance of diamonds the new research predicts aren’t the kind measured in carats but microns, invisible to the naked eye.

Still, Sverjensky says his research — conducted with the help of doctoral student Fang Huang — is significant because it will help scientists better understand the fluid dynamics of deep Earth, the slow-moving, least-understood portion of the carbon cycle that enables life on our planet.

“Fluids are the key link between the shallow and the deep Earth,” Sverjensky said. “That’s why it’s important.” 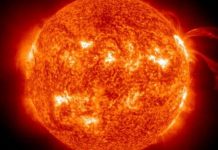 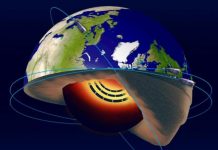 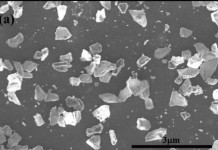