WASHINGTON, Nov. 3 (UPI) — The National Highway Traffic Safety Administration on Tuesday announced it has levied a potential $200 million fine against Japanese airbag maker Takata, over defect information that the company sat on too long before notifying federal regulators.

The NHTSA fined Takata $70 million and could add another $130 million onto that penalty if the company fails to abide by its consent order to address the safety issue.

The NHTSA issued two orders against Takata for what the agency said are violations of the 1966 National Traffic and Motor Vehicle Safety Act.

The agency also invoked for the first time authority to accelerate recalls.

“The actions also prioritize recalls so the greatest safety risks are addressed first, and set deadlines for future recalls of other Takata inflators that use a suspect propellant unless they are proved to be safe,” the NHTSA said in a statement.

“For years, Takata has built and sold defective products, refused to acknowledge the defect, and failed to provide full information to NHTSA, its customers, or the public,” Foxx said.

“American drivers should not have to worry that a device designed to save their life might actually take it,” he added.

At the center of the defect is the device Takata uses to inflate the airbag, with ammonium nitrate, during a crash. Foxx said the company previously said it had discovered the problem and was fixing it.

Unless Takata can prove the airbags are safe, though, it is required to recall every single vehicle outfitted with them. The agreement also requires Takata to phase out the defective inflator devices.

In response to the NHTSA’s penalty, Honda Motors announced it will no longer use Takata-supplied front driver side and passenger side airbags in any future vehicles. All of the deaths linked to the airbags occurred in Honda vehicles.

“Honda expects its suppliers to act with integrity at all times and we are deeply troubled by this apparent behavior by one of our suppliers,” the automaker said.

Takata said in a news release that it will accept the penalty and cooperate with authorities to be “part of the solution.” It also said it expects to lose $70 million (¥8.5 billion) in the second quarter, ending March 31, 2016.

The NHTSA said Tuesday that Takata had only given regulators and customers limited, incomplete or inaccurate data over a period of years, starting in 2009. That limited disclosure, officials said, is the main reason the agency levied such a large fine.

“The result of that delay and denial has harmed scores of consumers and caused the largest, most complex safety recall in history,” Foxx said. “Today’s actions represent aggressive use of NHTSA’s authority to clean up these problems and protect public safety.”

The defective airbags, millions of which are installed in vehicles worldwide, have so far been linked to seven deaths and more than 100 injuries in the United States.

“Today, we are holding Takata responsible for its failures,” Rosekind said. 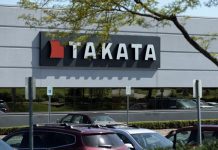 Honda’s 1.6M recalls of Takata airbags is final phase since 2016 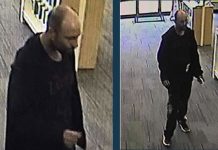 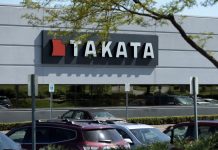