Navy Adm. Richardson takes the new role as new security threats present themselves. Secretary Carter says this includes not only the sea, but also in the air, land, space, and cyberspace. He praised Richardson as the right choice to succeed Navy Admiral Jonathan William Greenert.

“In the months and years ahead, America’s Navy will continue to be called upon,” Secretary Carter said during the change-of-responsibility ceremony at the U.S. Naval Academy in Annapolis, Maryland, “the Navy is critical to our military’s ability to project power around the world, protect the global commons, and flow ready forces wherever they’re needed.”

The Chief of Naval Operations is the most senior naval office assigned in the Department of the Navy. The office-holder serves as a military adviser to the Secretary of the Navy, a position currently held by Ray Mabus, and may also work in conjunction with the White House Joint Chiefs of Staff.

Secretary Carter praised out-going Adm. Greenert for what he praised as exemplary management of the Navy, saying “Sailors and Marines have been where it matters, when it matters.”

Adm. Greenert oversaw re-balancing of forces allocated to Asia and the Pacific, reinforcing NATO allies, supporting ashore forces in the Middle East, and humanitarian missions around the world. Adm. Richardson said he is looking forward to continuing the legacy.

“This is exactly the environment in which Americans thrive, and we will thrive,” Adm. Richardson said during the ceremony, “we are at our best when the chips are down, when the stakes are high — and they are very high indeed right now.”

Adm. Richardson is the 31st Chief of Naval Operations. 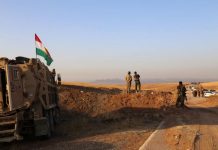