Amid U.S. governing warnings against travel to China, American and Delta Airlines announced the moves to prevent spread of the deadly virus. American said it was canceling its flights to China immediately, and the ban will last until at least March 27. Delta canceled China flights beginning next week through April 30, due to “ongoing concerns related to the coronavirus.”

Delta’s last China-bound flight will leave the United States on Monday, and the the last return flight on Feb. 5.

American and Delta are the two largest carriers in the United States, respectively, by passengers carried.

Chinese authorities say 213 people have died of the virus so far amid nearly 9,800 confirmed cases.

The U.S. State Department issued a Level 4 warning against all travel to China on Thursday after the World Health Organization declared an international public health emergency. The U.S. Centers for Disease Control has similarly issued warnings to avoid all unnecessary travel to China.

The Pentagon responded to the outbreak Friday by issuing its own guidelines that advise service members abroad to take precautions to prevent the spread of the virus.

While acknowledging the immediate risk to the American public remains low, Undersecretary of Defense Matthew Donovan urged influenza vaccinations for military and civilian Defense Department personnel and that they take everyday preventative measures to prevent the spread of germs, such as frequent hand-washings.

The Pentagon guidelines also advise anyone returning from China within the last two weeks showing signs of fever, cough or difficult breathing should seek medical attention. 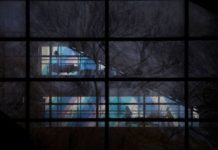 Panel finds world not prepared for COVID-19; China, WHO acted too slowly 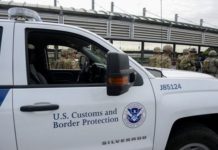