WASHINGTON, Dec. 9 (UPI) — Senate Democrats on Friday agreed to scrap threats to shut down the federal government this weekend — which possibly could have continued into next week — by allowing a vote on a short-term funding bill.

The funding bill was needed to keep the government operating. The previous bill allocated enough cash to keep federal operations going through Friday.

Several Democrats threatened this week to abstain from the vote in order to pressure Republicans into agreeing to extended health benefits for thousands of retired U.S. coal miners, who were set to lose their coverage at the end of December.

The spending bill, though, extends those benefits for another four months — effectively until the next funding bill is needed at the end of April. Democrats had threatened the shutdown hoping that Republicans would agree to lengthen that extension by an additional eight months — amounting to a full year beyond Jan. 1.

Some Democrats said Friday they never intended to allow a shutdown to happen, but merely wanted to bring attention to miners’ insurance coverage issues. Others said they didn’t have enough votes to force the shutdown, anyway.

“We’re not going to shut down the government. We’re going to keep it open,” incoming Senate Minority Leader Chuck Schumer, D-N.Y., said. “We are going to provide the votes so we don’t shut down.”

“I don’t think we’re gonna get to the 41 [needed votes] as of tonight, but we have support to take this fight on,” West Virginia Sen. Joe Manchin III, whose state is the United States’ largest coal producer, said Friday afternoon. A day earlier, he said he indeed wanted to “shut her down.”

Manchin and other lawmakers who represent large coal mining states have been pushing for a long-term solution to grant benefits for retired miners — similar to bills that have been introduced in the House and Senate before, but never passed.

Though they relented Friday, Democrats said the effort to make sure retired miners are cared for long-term will continue next month when the new Congress and President-elect Donald Trump‘s administration take office.

Republicans in the upper chamber, though, said they weren’t terribly concerned about Democrats’ shutdown threat because the miners won’t lose their benefits next month, and a longer-term fix is something that can be accomplished in the near future.

“The difficulty here is [Democrats] are having a hard time taking yes for an answer,” Senate Majority Leader Mitch McConnell, R-Ky., said. “I represent a lot of coal miners, I’m concerned about this issue. I had hoped we’d get a year. But we’ve got until the end of April to get at it again.”

Trump won many coal-heavy states in last month’s election, largely on pledges he made during the campaign to support the U.S. coal industry through expansion of domestic fossil fuel production and the reopening of numerous shuttered American coal mines. 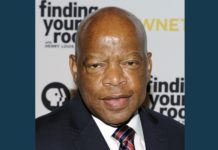 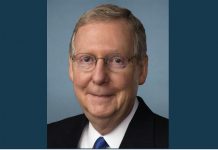 Senators to return to D.C. next week after pandemic recess