Deutsche Bank was the only firm of the 35 examined as part of the Fed’s Comprehensive Capital Analysis and Review to receive an objection to its capital plans from the Federal Reserve Board.

The stress test evaluates the capital planning processes and capital adequacy of the largest U.S.-based bank holding companies by considering both quantitative and qualitative factors.

In a statement the Board said it objected to Deutsche Bank USA’s capital plan due to qualitative concerns including “material weaknesses in the firm’s data capabilities and controls supporting its capital planning process.”

It also noted weaknesses in its “approaches and assumptions used to forecast revenues and losses under stress.”

Deutsche Bank issued a statement in response to the results, stating it has made significant investments to improve its capital planning capabilities as well as controls and infrastructure.

“DBUSA continues to make progress across a range of programs and will continue to build on these efforts and to engage constructively with regulators to meet both internal and regulatory expectations,” the bank said.

The Board also issued a conditional non-objection to the capital plans of Goldman Sachs, Morgan Stanley and State Street Corporation.

The results released Thursday were the second part of the annual exams. Results from the first part, released on Friday found the 35 banks are strongly capitalized and would be able to lend even during a severe global recession. 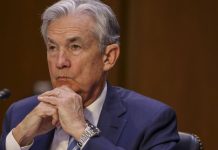 Fed raises U.S. interest rates half a point to the highest rate in 15 years 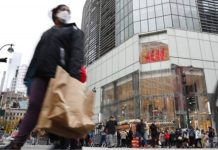 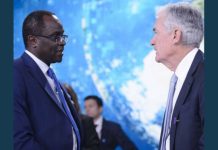