SAN DIEGO, May 12 (UPI) — Diabetes is often associated with non-alcoholic fatty liver disease, leading researchers to test drugs for the condition as methods for preventing NAFLD, however researchers found in a recent study that at least on of the diabetes drugs does nothing for the liver condition.

The drug sitagliptin, marketed as Januvia, was shown in a small study to have the same effect against NAFLD as a placebo in the first double-blind trial testing the drug for this use, but researchers said the method of imaging used in the study appeared to be as reliable as biopsies when testing for the condition.

There are no approved treatments for NAFLD, and researchers involved with the study said problems in previous investigations of the drugs included a lack of placebo to test against and lack of consistency regarding treatment allocations.

For the study, published in the Journal of Hepatology, researchers recruited 50 NAFLD patients with pre- or early-diabetes, randomly treating them with 100 milligrams per day of sitagliptin or a placebo for 24 weeks.

Using magnetic resonance imaging-proton desity fat fraction, or MRI-PDFF, and other diagnostic scans, the researchers found no significant difference in liver fat between patients receiving sitagliptin or a placebo, nor were there changes to liver function or in indicators for NAFLD.

Aside from the drug’s failure, the researchers said the trial offered evidence that biopsies may not be necessary for NAFLD diagnosis based on the accuracy of scans in the recent study.

The scanning techniques, used regularly for research, must be refined, though researchers said it is likely they will become a part of standard care within a few years.

“Biopsies present their own complications such as possible pain and infection,” Dr. Rohit Loomba, a professor of medicine at the University of California San Diego, said in a press release. “MRI-PDFF, and magnetic resonance elastography — a non-invasive imaging technique that measures the stiffness of soft tissues — proved to be accurate, quantitative and useful over the study duration in measuring the state and progression of disease. These technologies should be further investigated in clinical trials, especially those of longer duration.” 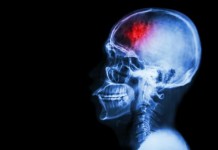