Sept. 5 (UPI) — Police searching an Indiana County park found the body of a missing 2-year-old girl, days after she was last seen in the back seat of a car driven by a woman who has since been charged with the girl’s abduction.

Indiana County District Attorney Patrick Dougherty confirmed in a Tuesday press conference that the body of Nalani Johnson was found in Pine Ridge Park in Blairsville, some 40 miles east of Penn Hills where police said she was abducted from Saturday.

An autopsy was scheduled to identify the cause of death, Dougherty said.

“Obviously, until we have some more information on the cause and manner of death, we can’t give you much at this point, but we are working diligently and we are working together,” he said, adding that it was an ongoing investigation.

Sharena Nancy, 25, was in Allegheny County custody under charges of kidnapping a minor, interference with custody of children and concealment of whereabouts of a child in connection to Johnson’s abduction, said the Allegheny County police department.

Johnson, who was to turn 2 this month, was reported missing Saturday by her father, Paul Johnson, who Allegheny County Police Superintendent Coleman McDonough revealed earlier Tuesday was “in the beginning of an intermittent romantic relationship” with Nancy.

McDonough said that Johnson, his daughter, Nancy and a friend had spent several hours together Saturday before the abduction occurred at about 5 p.m.

He said they were together in a vehicle, and when Johnson and the friend exited to retrieve the 2-year-old from her car seat, Nancy drove away.

Police issued an Amber Alert following the girl’s disappearance and stopped Nancy’s car at around 7:30 p.m., but neither the child nor her car seat were in the vehicle.

According to the criminal complaint, Nancy told investigators she sold the child for $10,000 at Johnson’s request.

McDonough said police found nothing to “corroborate” her story.

“This is not the outcome that any of us would have wished,” McDonough said in a statement Tuesday. “We will continue to keep the Johnson family in our thoughts.” 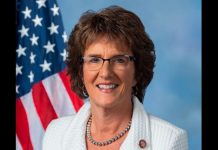