Dec. 27 (UPI) — The Boulder Police Department has provided an update on the decades-long investigation into the 1996 murder of 6-year-old beauty queen JonBenet Ramsey on the 25th anniversary of her death.

Investigators in Colorado have tested nearly 1,000 samples of DNA, including samples from “multiple suspects,” in the hopes of finally closing the case and determining who killed the young girl, the department said in a news release.

The department has also processed more than 1,500 pieces of evidence and reviewed more than 21,016 tips, letters, and emails in connection to her death, officials said. Detectives have even traveled to 19 other states to speak with more than 1,000 people tied to the case.

“That DNA is checked regularly for any new matches,” officials said.

JonBenet was reported missing by her mother, Patsy Ramsey, in a 911 call on Dec. 26, 1996. Ramsey, who later died of ovarian cancer, told police she found a note inside her home demanding a ransom and claiming that her daughter had been kidnapped, police said in a news release at the time.

Police who responded found JonBenet’s body in the basement of the home around 2 p.m. that day and an autopsy on Dec. 27 determined she had died from asphyxia due to strangulation and deemed her death a homicide.

The case, which remains unsolved, received international attention because of suspicion from the public for more than a decade that her parents were involved in her death. However, prosecutors cleared her parents of involvement through DNA testing, and they were never charged.

JonBenet’s brother Burke Ramsey, who was 9 years old at the time of her death, has often been a target of public suspicion for her death — including the 2016 special “The Case Of: Jon Benet Ramsey” which aired on CBS. However, he settled a $750 million lawsuit against the company in 2019.

Investigators and prosecutors have noted throughout the years that JonBenet’s family, including her parents, Patsy and John Bennett Ramsey, had been cooperative with them.

In news releases from December 2001, then-Police Chief Mark Beckner noted that officials at the time had already investigated 140 different possible suspects and spent more than $1,705,251 on the case. It was not immediately clear how much has been spent as of December 2021.

The Boulder Police Department is continuing to ask for tips related to the case. 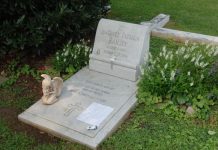