“The murder of Jane Britton has raised many questions, and piqued the interest of members of the community over the past 50 years,” Ryan said.

In October 2017, Massachusetts State Police Crime lab was able to obtain a Y-STR, or male-specific profile, from the remaining DNA samples on file from the original swabs in the case for the fist time.

Massachusetts State Police Crime Lab notified investigators in July that there was a match between the 2017 Y-STR profile from the evidence sample and Sumpter’s CODIS sample the crime lab had on file.

Sumpter died in 2001, but investigators obtained and tested a DNA sample from Michael’s biological brother, who had the same male Y-STR profile, and testing excluded 99.92 percent of the male population as a contributor of the DNA and confirmed Sumpter’s profile as a match.

“Multiple teams of investigators have been assigned to this case looking into tips from the public and ruling out multiple suspects,” Ryan said. “As a direct result of their perseverance and utilization of the latest advances in forensic technology by the Massachusetts State Police Crime Lab, today I am confident that the mystery of who killed Jane Britton has finally been solved and this case is officially closed.”

Sumpter was connected to five sexual assaults, three of which involved the death of the victim, including Britton. He died of cancer at the age of 54, three months after he was paroled from his 15- to 20-year sentence for the rape of a woman in Boston in 1975.

None of the victims was believed to have known or had any relationship with Sumpter.

Britton returned to her apartment from a night out with her boyfriend and other friends at 12:30 a.m. and was found dead in her bed the next morning.

Britton died after she was sexually assaulted and struck multiple times in the head, and her body was found in her fourth-floor Cambridge apartment on Jan. 7, 1969, at 12:40 p.m., when her boyfriend went to check on her after she failed to show up for a test that morning.

It is believed that Mr. Sumpter entered Britton’s apartment through a window, assaulted her and killed her in her bed before fleeing the building. After an autopsy, a medical examiner ruled that Britton had been struck by a blunt object multiple times resulting in fractures of the skull, and contusions and lacerations of the brain.

“This case posed many challenges for investigators. Over the years we followed up on many leads regarding individuals with suspected ties to Jane Britton,” Ryan said. “Over time as people’s memories faded and witnesses died, it became even more difficult to follow up on new investigatory leads. We are grateful to the many members of the public who have expressed an interest in this case. Today we are able to provide closure to Jane’s family, friends and those who knew her.” 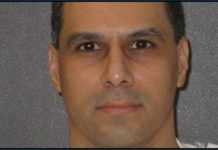 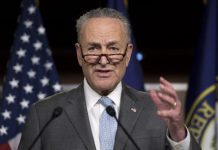 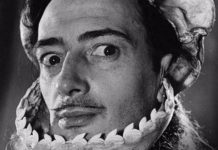 Salvador Dalí’s corpse to be exhumed for paternity test