AMMAN, Jordan, Oct. 10 (UPI) — Doctors with the international humanitarian agency Médecins Sans Frontières who were forced to flee the contested city of Aleppo now want to go back and treat scores of victims wounded by the ongoing fighting in the north Syrian city, the organization said Monday.

Less than three dozen members of MSF, also known as Doctors Without Borders, remain in eastern Aleppo while almost 100 new patients have arrived at the few functioning hospitals remaining there in the last three days, officials said in a news release Monday.

Only seven of those medics have the ability to perform surgery on wounded patients.

“There is no time to waste. Russia and Syria must stop the indiscriminate bombing now and abide by the rules of war to avoid the extreme suffering of the unprotected civilian population,” Pablo Marco, MSF’s operations manager in the Middle East, said.

The organization is appealing to the Syrian government and other world leaders to help establish a safe passage into Aleppo for medics — similar to what was supposed to happen for relief supplies with the recently abandoned cease-fire brokered by Russia and the United States.

“[Doctors] observe now with deep sorrow the deterioration of the crisis, unable to help a population in dire need,” MSF Syria mission leader Carlos Francisco said. “As far as we know, several doctors have expressed their willingness to go back as soon as possible if a humanitarian corridor is created.”

Some of the doctors stationed in Aleppo, one of Syria’s most contested and battle-scarred cities, were forced to flee north to Turkey in July when offensives by Syrian and allied forces took them by surprise.

“Wounded patients are sleeping in front of hospitals during heavy bombings because the hallways of the hospitals are full,” Ahmed Laila, head of east Aleppo’s Directorate of Health, said.

Between Thursday and Saturday, 98 new patients checked into hospitals in east Aleppo — 11 of them children — and 29 were killed by airstrikes.

In addition to personnel, MSF said it is also facing a critical shortage of fuel to power the hospitals and their fleet of ambulances. Marco said the clinics are on the verge of losing electricity, which would greatly reduce their ability to perform lifesaving services. 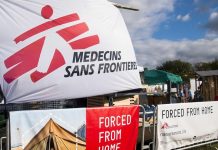 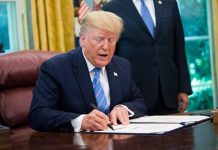 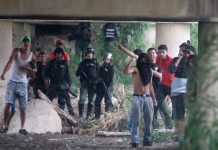 More than 60 Venezuelan troops defect amid blockade of aid