April 26 (UPI) — President Donald Trump has ordered the Defense Department to conduct federal government background checks instead of the Office of Personnel Management.

The “primary responsibility” for “government-wide” background investigations shifts from the Office of Personnel Management to the Department of Defense, under the executive order signed Wednesday.

While the Office of Personnel Management still will be consulted, giving the Defense Department more responsibility was part of “needed reforms,” the order said.

“This executive order reflects the administration’s commitment to reform the personnel vetting enterprise to ensure a trusted federal workforce and achieve and efficient, effective, and secure operation that meets all government-wide needs for background investigations,” a Defense Department statement said.

“Efforts to undertake the transfer of OPMS’s background investigation function and associated personnel, resources and facilities to DOD will begin immediately.”

Also, under the order, the Secretary of Defense will rename the Defense Security Service as the Defense Counterintelligence and Security Agency.

The DCSA will be the primary agency responsible for background checks by June 24 under the order.

The Trump administration’s background check process has been subject to controversy.

One of the denial recommendations overruled was for Trump’s son-in-law, Jared Kushner, the Washington Post reported.

Porter denied the allegations, but there was controversy over when the White House became aware of them with conflicting reports from White House press secretary Sarah Sanders and FBI Director Christopher Wray. 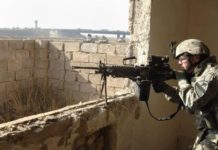 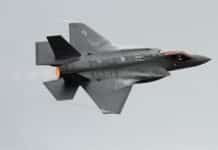