Prosecutors say Pamela Harris, a Democratic New York State Assemblywoman representing parts of Brooklyn, received $25,000 from the Federal Emergency Management Agency after she allegedly lied about the storm forcing her out of her Brooklyn home and into a Staten Island residence.

Prosecutors also say she kept $23,000 in New York City funds that were supposed to go to the nonprofit Coney Island Generation Gap and told two people to lie to FBI investigators working on the case, the Albany Democrat & Chronicle reported.

The New York Daily News reported that Harris allegedly used some of the money for cruise ship vacations and Victoria’s Secret lingerie.

“As alleged in the indictment, the defendant defrauded government agencies out of tens of thousands of dollars in public funds and tried to fraudulently obtain even more,” U.S. Attorney Richard P. Donoghue said in a statement. “She conducted her schemes victimizing the federal and New York City governments, and then obstructed a federal investigation into her crimes while a sitting New York State Assemblywoman. When she learned that law enforcement was investigating her various fraud schemes, she pressured witnesses to lie to the FBI and cover them up.”

Harris pleaded not guilty to all charges and was freed on a $150,000 bond. 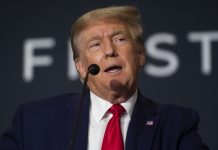