July 10 (UPI) — Donald Trump Jr. has confirmed he met with a Russian lawyer who possibly had “helpful information” related to Hillary Clinton during the 2016 U.S. presidential campaign.

Trump’s disclosure follows a report by The New York Times that said he met with Kremlin-connected Russian lawyer Natalia Veselnitskaya, whom he was promised had damaging information about Clinton, on June 9, 2016, in New York City’s Trump Tower.

In a statement released Sunday, Donald Trump Jr. said Veselnitskaya made “vague” and “ambiguous” statements that “made no sense” related to alleged information she had that individuals connected to Russia were funding the Democratic National Committee in support of Clinton.

Donald Trump Jr. then said Veselnitskaya’s “true agenda” was to discuss the U.S. adoption of Russian children, which Moscow has banned, and the Magnitsky Act, a 2012 U.S. law that intends to punish Russian human rights abusers following the 2009 death of imprisoned Russian lawyer Sergei Magnitsky.

“I was asked to have a meeting by an acquaintance I knew from the 2013 Miss Universe pageant with an individual who I was told might have information helpful to the campaign. I was not told her name prior to the meeting. I asked Jared and Paul to attend, but told them nothing of the substance,” Donald Trump Jr. said in a statement.

“We had a meeting in June 2016. After pleasantries were exchanged, the woman stated that she had information that individuals connected to Russia were funding the Democratic National Committee and supporting Ms. Clinton. Her statements were vague, ambiguous and made no sense.”

The New York Times reported that Kushner and Manafort recently disclosed the meeting, though not its content, in confidential government documents.

Donald Trump Jr. said his father knew nothing about the meeting in which “no details or supporting information was provided or even offered.”

“It quickly became clear that she had no meaningful information. She then changed subjects and began discussing the adoption of Russian children and mentioned the Magnitsky Act. It became clear to me that this was the true agenda all along and that the claims of potentially helpful information were a pretext for the meeting,” Donald Trump Jr. said.

“I interrupted and advised her that my father was not an elected official, but rather a private citizen, and that her comments and concerns were better addressed if and when he held public office. The meeting lasted approximately 20 to 30 minutes. As it ended, my acquaintance apologized for taking up our time. That was the end of it and there was no further contact or follow-up of any kind.” 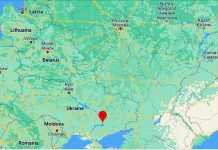 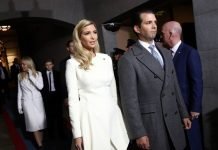 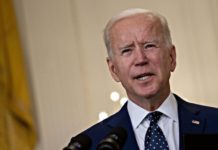