Oct. 12 (UPI) — Donors from around the world have pledged more than $14 billion over the next three years to help United Nations’ efforts end AIDS, tuberculosis and malaria by the end of the next decade.

The donations were announced Thursday at the Global Fund’s Sixth Replenishment Conference in Lyon, France. The United States pledged the greatest amount — nearly $1.6 billion of the overall total, the world body said.

“I welcome the commitment made by so many donors under the auspices of France to fully finance the Global Fund for the next three-year period,” said Tedros Adhanom Ghebreyesus, director-general of the World Health Organization.

“This is critical to provide individuals and communities with the health interventions they need to prevent, diagnose and treat HIV, TB and malaria and to build better and stronger health systems.”

The Joint United Nations Program on HIV and AIDS, or UNAIDS, said it was “hugely encouraged” by the financial support, which officials said could help save 16 million lives by 2030.

“I truly commend all countries and partners that have stepped up to the mark and committed to investing in the Global Fund to fight AIDS, tuberculosis and malaria,” Gunilla Carlsson, UNAIDS executive director, said in a statement.

“These investments are a critical lifeline for millions of people around the world,” Carlsson added. “Going forward, putting people at the center will be critical for making the money work most effectively.”

U.N. officials said private donations to the Global Fund surpassed more than $1 billion for the first time, and were led by $760 million from the Bill & Melinda Gates Foundation.

The Global Fund raises, manages and invests money to support programs in more than 100 countries to address the diseases, which are widespread in sub-Saharan Africa. 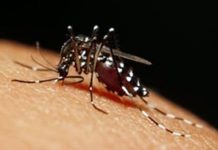 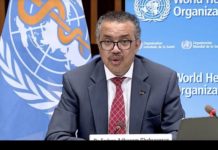