Aug. 2 (UPI) — U.S. markets fell for the second straight session Tuesday at the start August as tensions between the United States and China weighed on investors.

Investors were closely watching House Speaker Nancy Pelosi‘s Indo-Pacific trip, which saw her travel to Taiwan in a visit condemned by the Chinese government.

Stocks were lower globally overnight, but climbed off of lows after Pelosi’s plane landed safely in Taiwan early Tuesday.

“I do think the trip will not lead to any real economic disruption, but of course the rhetoric and the headlines start to intensify and it’s something we need to watch going forward,” Mona Mahajan, a senior investment strategist at Edward Jones, told CNBC.

“Geopolitical tension has been a theme we’ve really been seeing all year that has been weighing on markets.”

Corporate earnings also continued to come in Tuesday, with shares of Uber jumping up 18.9% as the company posted better-than-expected revenue at $8.1 billion and recorded $382 million in free cash flow during the second quarter.

Investors also weighed economic data Tuesday with the latest Job Opening and Labor Turnover survey showing 10.7 million jobs were available at the start of the summer, the fewest number since September 2021.

Additionally, the Federal Reserve Bank of New York reported that overall household debt increased by $312 billion to $16.15 trillion, which is $2 trillion higher than the end of 2019.

Several regional Federal Reserve presidents on Tuesday suggested that the central bank would not likely stop raising interest rates or move them lower in the near future.

Chicago Fed President Charles Evans said he hoped the Fed would hike its benchmark interest rate by .50% in September before continuing with .25% increases until 2023, while Cleveland Fed President Loretta Mester said several months of evidence that inflation has reached its peak must come before the Fed ends its interest rate hike cycle. 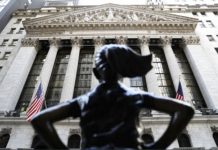 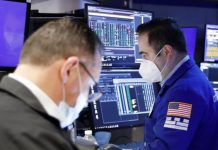 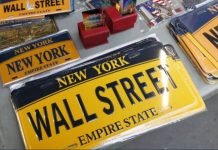