Oct. 16 (UPI) — A Canadian man filming the majestic wilderness with his video drone captured footage of a moose’s narrow escape from a hungry wolf.

Dan Nystedt said he was using his drone to film the scenic views in Northern Ontario when he spotted the moose and brought the drone in for a closer look.

Nystedt ended up capturing the moose’s struggle to escape from an attacking wolf that chased it through a lake.

The wolf manages to bite the moose on the leg, but the moose is eventually able to escape by venturing out into deeper water, where it was able to out-swim the predator.

“Captured this footage by happenstance while shooting some scenics in Northern Ontario,” Nystedt wrote. “Was excited by the moose sighting, as I was leaving something unexpected took place.” 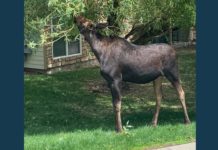 Moose relocated after being found near residences in Summit County 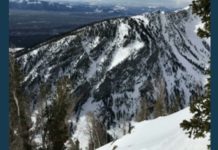