WASHINGTON, Oct. 31 (UPI) — High school students taking college classes will soon have access to federal funds to pay for them, paving the way for the most needy students to get a head start on their college careers.

Beginning in fall 2016, up to 10,000 dual-enrolled high school students will have access to the Pell Grant federal aid program, which covers tuition, books and fees for low-income students, the Department of Education announced Friday. The experimental program comes as students and families across the United States struggle with mounting college costs and deepening student loan debt.

“A postsecondary education is one of the most important investments students can make in their future. Yet the cost of this investment is higher than ever, creating a barrier to access for some students, particularly those from low-income families,” Secretary of Education Arne Duncan said. “We look forward to partnering with institutions to help students prepare to succeed in college.”

Dual-enrollment courses are typically offered through a partnership between local school districts and community colleges or four-year institutions. In many cases, dual-enrolled students are able to graduate high school with the first two years of college coursework under their belt, making a college degree more affordable overall.

More than 1.4 million students have turned to dual enrollment as a way to offset college costs, but low-income students remain underrepresented in the program, the Education Department said. While many states have reduced or eliminated college tuition for high school students, expenses such as books and fees, which often cost hundreds of dollars, make dual enrollment cost prohibitive for some.

The department is investing up to $20 million to provide grants for high school students in the 2016-2017 academic year. The maximum Pell grant award is $5,775 per year, but the department anticipates students annually will need less because they will only be enrolled part-time. The grant does not have to be repaid.

The move is being hailed as a way to bring down escalating college costs. Theaverage in-state college tuition, including fees, for a public four-year college is $9,139, not including books and other expenses. A private college can cost up to $31,231 a year.

Nationally, student loans are the second-largest class of U.S. consumer debt behind mortgages. Since 2006, student debt has more than doubled from less than $600 billion to more than $1.2 trillion. The average individual balance is about $30,000.

This is the second effort this year by the department to use an experimental program to expand access to Pell grants. In July, the Obama administration announced plans to extend Pell grants to some federal and state prison inmatestaking college courses. 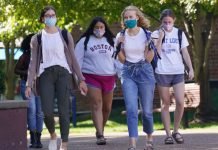 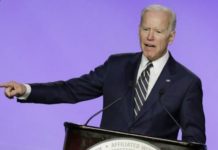