Jan. 15 (UPI) — A major scandal in the Netherlands — which wrongly accused parents of fraud related to payments for childcare benefits, and forced them to repay that money — led to the collapse of the entire Dutch government on Friday.

A four-party coalition had been running the government under Prime Minister Mark Rutte, but the weight of the scandal has now buckled that alliance.

Rutte announced the government’s resignation at a news conference in The Hague on Friday.

The scandal targeted thousands of parents in the Netherlands, who were accused without evidence between 2013 and 2019 of defrauding the government to receive benefits. They were then forced to repay the money.

The abuses were first reported two years ago and the scandal has lurked over The Hague since. Last month, Dutch lawmakers issued a report that accused ministers, public officials, judges and other lawmakers of being part of the fraud.

The report said the government violated “fundamental” legal principles when it ordered some 26,000 parents to return childcare support payments, over minor errors such as missing signatures on paperwork.

The resigning coalition will remain in office as caretakers until a new national election in March.

The prime minister, who was not connected to the scandal, is running for a fourth term.

“I believe that I can continue as a party leader, but it’s ultimately up to the voter,” he told reporters Friday.

Rutte said he hopes the shakeup will restore faith in government.

“With this decision, the government wants to do justice to all those parents who have been unprecedentedly wronged,” he said. “The rule of law should protect citizens from the all-powerful government.

“And that has gone horribly wrong here.”

“This is the moment in which we will start rebuilding the welfare state,” added GroenLinks Party leader Jesse Klaver. “And one in which that the government once again trusts its citizens.” 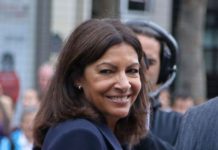 Paris fined for having too many women in senior government positions 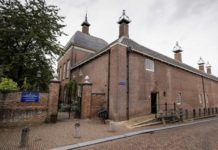 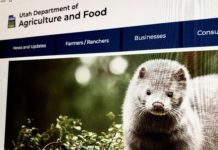