The process will allow borrowers who were disqualified from the program because they unknowingly enrolled in ineligible repayment plans to be reconsidered. The program provides student loan forgiveness to people in public-service professions.

In order to qualify for reconsideration borrowers must have worked at least 10 years full time with a qualifying employer and made 120 qualifying monthly payments under an expanded list of qualifying repayment plans.

In March, $350 million in funding was set aside for the program as part of the $1.3 billion omnibus spending bill signed by President Donald Trump.

The Education Department said borrowers will be considered on a first come, first serve basis until the funds are depleted.

Borrowers who believe they are eligible for reconsideration can make a request via email, the department said.

The Public Service Loan Forgiveness program was introduced under President George W. Bush in 2007 to allow teachers, social workers, military personnel and other public servants the flexibility to pursue lower-paying careers without the burden of years worth of loan payments. 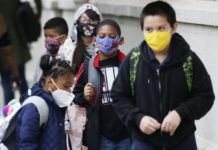 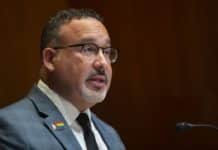