Aug. 4 (UPI) — Eight presidential candidates for 2020 have reached the polling and fundraising thresholds to qualify for the third Democratic debate in September.

Though 20 candidates recently participated in the second debate, the Democratic National Committee has tightened criteria for the third debate on Sept. 12 and Sept. 13 in Houston hosted by ABC News and Univision. If 10 or fewer candidates qualify, the debate will be over one night instead of two.

The Democratic National Committee requires grassroots fundraising of at least 130,000 unique donors and 400 unique donors per state in at least 20 U.S. states. It also requires a candidate to received 2 percent or more support in at least four national polls, or polls in Iowa, New Hampshire, South Carolina, and/or Nevada that meet qualifying criteria.

A couple candidates, former housing secretary Julian Castro and entrepreneur Andrew Yang, are closer to qualifying than others having met the donor threshold and three of the four qualifying polls.

Rep. Tulsi Gabbard, D-Hawaii, crossed the fundraising threshold after the last debate, but only has one qualifying poll.

Billionaire Tom Steyer, who started grassroots petition to impeach President Donald Trump, has yet to appear in any debates, but has met two qualifying polls, and he is “on track to collect the required number of donors to make the September debate stage,” according to a campaign spokesman.

All the other candidates haven’t reached above 2 percent in any of the qualifying polls.

A New York Times analysis of polls and donor numbers shows that only 10 to 12 candidates are likely to make it to the third debate. 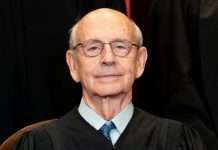