Dec. 23 (UPI) — Newly released emails between budget and Pentagon officials detail discussions regarding the timing of a hold placed on Ukraine military aid and concerns about the process.

The Center for Public Integrity released the 146 pages of emails it received through a Freedom of Information Act request and court order, including redacted conversations between the White House Office of Management and Budget and the Pentagon discussing the aid to Ukraine.

In one email, dated just an hour and a half after the July 25 phone call between U.S. President Donald Trump and Ukrainian President Volodymyr Zelensky at the center of his impeachment, political appointee Mike Duffey requested that the funds be withheld.

“Based on guidance I have received and in light of the administration’s plan to review assistance to Ukraine, including the Ukraine Security Assistance Initiative, please hold off on any additional DoD obligations of these funds, pending direction from that process,” Duffey wrote to select OMB and Defense Department officials.

Formal notification about the hold on the funds would be sent later that day.

OMB spokeswoman Rachel Semmel told CNN it is “reckless” to tie the hold of funds to the phone call in which a whistle-blower complaint said Trump asked Zelensky to pursue investigations into former Vice President Joe Biden and his son, Hunter Biden.

“As has been established and publicly reported, the hold was announced in an interagency meeting on July 18. To pull a line out of one email and fail to address the context is misleading and inaccurate,” Semmel said.

The emails also showed concern among OMB officials about the hold and potential complications it might cause even after its release.

“Given the sensitive nature of the request, I appreciate your keeping that information closely held to those who need to know to execute direction,” Duffey wrote in the July 25 email.

Pentagon comptroller Elaine McCusker also noted in a Sept. 5 email that she was concerned about an “increasing risk of execution” implying the money may not be able to be spent by the Sept. 30 deadline.

On Sept. 11, when the funds were finally released, Duffey emailed McCusker, saying he was “glad to have this behind us.”

Senate Democratic Leader Chuck Schumer said the emails highlighted the information Duffey could offer as a witness during Trump’s trial in the Senate after being impeached last week.

“If there was ever an argument that we needed Mr. Duffey to come testify, this is that information. This email is explosive. A top administration official, one that we requested, is saying, stop the aid 90 minutes after Trump called Zelensky and said keep it hush, hush. What more do you need to request a witness?” Schumer said. 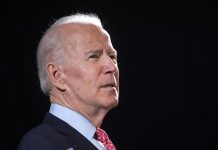