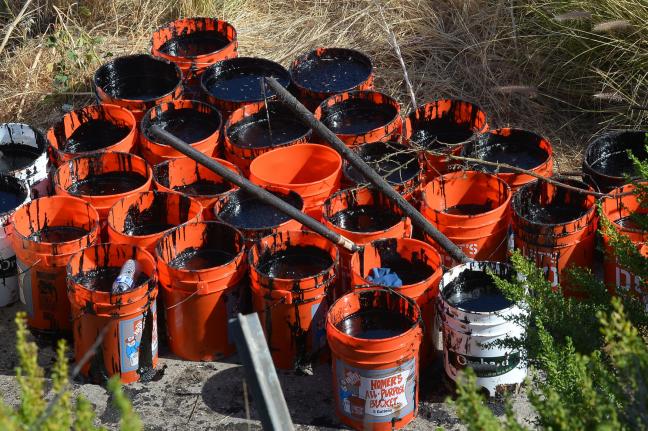 SACRAMENTO, May 21 (UPI) — California Gov. Jerry Brown declared a state of emergency for Santa Barbara County after an oil spill from a pipeline left a major slick off the state coast.
[one_fourth]

[/one_fourth][three_fourth_last]
“This emergency proclamation cuts red tape and helps the state quickly mobilize all available resources,” the governor said in a statement. “We will do everything necessary to protect California’s coastline.”

Responders in California said a worst-case estimate is that 2,500 barrels of crude was released from a pipeline operated by Plains All American, which has headquarters in Texas. The pipeline was constructed in 1987 and has the capacity to deliver 150,000 barrels of oil per day, with an average flow rate of 1,200 barrels per hour.

A unified command center said about 500 barrels may have migrated from the pipeline into the waters of the coast of Refugio State Beach.

“The response has initiated an active area-sampling plan to identify areas impacted as a result of the oil spill,” responders said. “Ambient air testing has been initiated throughout the affected area.”

The governor’s office said the pipeline company was working closely with state and federal officials in their response. More than 270 people are on hand working on cleanup operations.

Organizers with Food and Water Watch said they’d hold a rally to express their frustration with the spill. The group said the issue should be seen as evidence of the need to “ban extreme oil extraction like fracking and phase out oil development in California.”

State officials said the oil in the pipeline came from an above-ground storage tank facility and was on its way to southern California refineries.

California is the No. 3 oil producer in the nation.