Feb. 11 (UPI) — Emissions of CFC-11, the infamous ozone-eating chemical, are on the decline again, according to a pair of new studies published Wednesday in the journal Nature.

In 2018, atmospheric monitoring data revealed a worrisome surprise. After several years of steady global declines in CFC-11 emissions, the downturn appeared to be plateauing.

Scientists at NOAA determined CFC-11 emissions from sources in East Asia were undermining declines elsewhere in the world. Investigators fingered a collection of Chinese foam-producing factories as the primary culprits.

In the wake of the news, both the Chinese government and parties to the Montreal Protocol, which outlawed the use of CFC-11 and other chlorofluorocarbons, pledged to crack down on illicit CFC-11 production.

In fact, at a 2018 meeting of the parties to the Montreal Protocol, Chinese officials said they had already confiscated illegal CFC-11 supplies during several factory inspections.

Whatever actions China took, they appeared to have worked.

The two new international studies, which both analyzed monitoring data collected by the Advanced Global Atmospheric Gases Experiment, an independent global measurement network, showed CFC-11 emissions are once more on the decline.

“To quantify how emissions have changed at regional scales, we compared the pollution enhancements observed in the Korean and Japanese measurement data to computer models simulating how CFC-11 is transported through the atmosphere,” Matt Rigby, co-author of both studies, said in a news release.

“With the global data, we used another type of model that quantified the emissions change required to match the observed global CFC-11 concentration trends,” said Rigby, a professor of atmospheric chemistry at the University of Bristol.

The analysis showed that CFC-11 emissions dropped by several thousand tons between 2017 and 2019 — a decline even greater than the increase detected in 2018.

Even if Chinese foam factories are no longer producing CFC-11, it’s possible that foam blown using the banned chemical has already been installed in houses and buildings across China. If so, CFC-11 will be slowly leaking into the atmosphere for years to come.

But while the surprise findings in 2018 proved to be a wake-up call to those who assumed the Montreal Protocol had secured a healthy future for the ozone layer, the latest research suggests one of the world’s most famous environmental treaties is resilient to setbacks.

“As a direct result of these findings, the parties of the Montreal Protocol are now taking steps to identify, locate and quantify any future unexpected emissions of controlled substances by expanding the coverage of atmospheric measurements in key regions of the globe,” said Ray Weiss, professor at the Scripps Institution of Oceanography and a principal investigator with AGAGE. 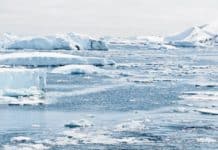 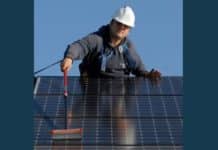