Sept. 9 (UPI) — The Energy Department announced a plan on Wednesday to generate almost half of the United States’ electricity from solar power by 2035, which would be a gigantic increase over the nation’s present solar usage.

The plan aims to supply 40% of the grid’s energy through solar within 15 years. By 2050, solar energy could provide 1,600 gigawatts of energy to the grid.

“Achieving this bright future requires a massive and equitable deployment of renewable energy and strong decarbonization polices — exactly what is laid out in the bipartisan Infrastructure Investment and Jobs Act,” Granholm said in a statement.

The department said presently, the United States allows solar to contribute just 3% of the energy supply. The department study says annual solar additions need to be quadrupled and provide 1,000 gigawatts to a renewable-dominant grid.

The department’s blueprint says increasing solar power in the United States will save money and improve health nationwide by cutting carbon emissions.

One of the greatest hurdles, it notes, will be galvanizing bipartisan policy initiatives that allow for the growth of solar power at the expense of fossil fuels, which traditionally have had an extremely powerful lobby in Washington, D.C.

House Democrats are negotiating a $3.5 trillion spending bill that earmarks funds for development of wind and solar power. The Senate passed the bill last month, but it faces an uncertain fate in the House. 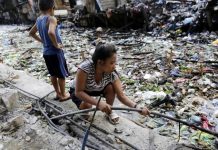 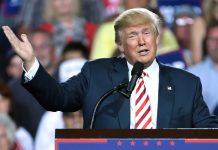