During his confirmation hearing before the Senate environment and public works committee, Regan said that limiting the impact of pollution and other environmental hazards on communities of color and lower-income communities, combatting the effects of climate change, and implementing environmental regulation in a way that promotes economic growth are key goals of the EPA.

“We all have a stake in the health of our environment, the strength of our economy, the well-being of our communities and the legacy we will leave the next generation in the form of our nation’s natural resources,” he said.

As North Carolina’s secretary of the Department of Environmental Quality, Regan, 44, created an Environmental Justice and Equity Board.

Regan would be the first Black man to lead the EPA, and on Wednesday said he would establish an environmental justice and equity advisor, who would work with the agency’s civil rights office to assign staff at regional offices to focus on issues of environmental justice.

“As the government, we think we know, until we start to hear directly from the community,” he said.

While saying he would “move with a sense of urgency” to combat climate change, Regan said he would seek compromise and not put the country in a position to “simply regulate ourselves out of every problem we face.”

“I’ve learned that if you want to address complex challenges, you must first be able to see them from all sides, and you must be willing to put yourself in other people’s shoes,” he said.

Facing questions from Republicans about plans to regulate fracking and limit emissions from the nation’s automotive and fossil fuels industry, Regan said he and the Biden administration would work to guide the nation toward a more green economy.

“We all understand the anxiety and the fear as we make this transition that folks in your states have,” he said. “What I know is we’ve been instructed that we are not to leave any community behind. In order for us to be successful, every state and every community has to see itself in our vision.” 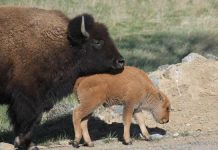 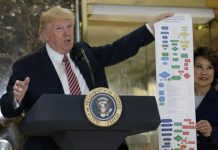