Dec. 21 (UPI) — Alphabet, the parent company of Google, announced Thursday that Eric Schmidt will step down from his role as Executive Chairman and take on a role as a technical adviser.

“After ten years as CEO and seven as Executive Chairman, I can’t wait to dive into the latest in science, technology, and philanthropy,” Schmidt said on Twitter. “I look forward to working with [Google founders Larry Page and Sergey Brin] on our future here at Alphabet.”

Schmidt, 62, is given credit for being a major factor in Google’s gargantuan growth over the past 15 years. He was hired by Page and Brin to head the company and add some more experienced leadership as they grew and prepared to go public in 2004. Schmidt remained CEO until 2011, moving aside for Page, and then took his current role, which he will officially relinquish at the company’s next board meeting in January.

“Since 2001, Eric has provided us with business and engineering expertise and a clear vision about the future of technology,” Page said in a statement. “Continuing his 17 years of service to the company, he’ll now be helping us as a technical adviser on science and technology issues. I’m incredibly excited about the progress our companies are making, and about the strong leaders who are driving that innovation.”

Although Schmidt stepped down as CEO several years ago, he largely remained the face of the company, appearing at events around the world and even acting as an intermediary between the Alphabet and Washington, D.C. regulators.

“He did a lot of that important public facing work on behalf of the company,” John Battelle, author of The Search: How Google and Its Rivals Rewrote the Rules of Business and Transformed Our Culture, told The New York Times. “At a moment when the world needs to have more conversations with Google about its growing power and influence, my question is not why is Eric stepping down. It’s who is going to fill the void.” 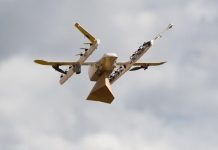