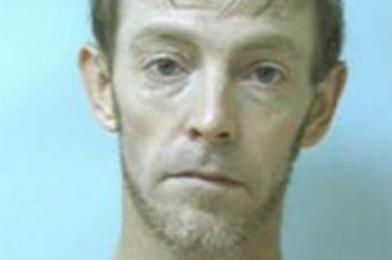 PITTSBURGH, July 31 (UPI) — A 38-year-old man who was serving time on a petty drug charge is now the prime suspect in a murder that happened after he escaped from jail.

Robert Crissman, who had been in the Armstrong County jail since July 23 on a probation violation, was helping deliver inmate meals early Thursday when he walked to a nearby friend’s home. A man who lives in the house went to work, but later came home to find his girlfriend, 55-year-old Tammy Long, dead in the bathroom. Crissman has a long history of drug and theft charges, but no history of violence.

Friday morning, Crissman was still on the run.

“He has to be considered extremely dangerous. We believe he’s the prime suspect in one homicide, and everyone needs to be aware of that at this point,” District Attorney Scott Andreassi said.

As a trustee in the jail, located about 45 miles outside Pittsburgh, Crissman enjoyed the freedom of moving around the facility with limited supervision. When he showed up at his friends’ doorstep Thursday morning, they did not hesitate to let him in.

“They only knew him as a friend,” Andreassi said. “They didn’t even know he was in jail.”

Investigators launched a massive manhunt for Crissman, who was last seen driving a 1999 maroon Chevrolet Silverado pickup with an extended cab, a union carpenter sticker on the back window of the cap and red putty on the rear fender wells. The license plate is Pennsylvania ZDB-5831. He was last seen in Pittsburgh on Thursday evening.

“This is very uncharacteristic of Crissman,” Andreassi said. “If it turns out to be related to drug use or getting drugs, that could explain his actions.”