Sept. 3 (UPI) — Phoenix police have issued an arrest warrant for Dimas Coronado, 47, who is wanted on suspicion of three homicides.

Originally, police said Coronado wasn’t being charged in the case, but issued homicide changes shortly after.

A vehicle belonging to Coronado was found shortly after Nunez and Gonzalez were discovered by the woman’s roommate, but the boys remain missing. Gonzalez, 34, was pronounced dead at the scene. Nunez was rushed to the hospital but was later pronounced dead.

Authorities believe Coronado may be attempting to flee to Mexico with his two sons. Police have asked Mexican authorities to be on the lookout for Coronado and the two boys.

“An arrest warrant has been issued and he is considered armed and dangerous,” Sgt. Armando Carbajal, of the Carbajal Phoenix Police Department, told the news site Arizona’s Family.

“We simply do not know where the children are at this time,” Carbajal told USA Today. “We have reasons to believe Mexico was an option for the suspect as he had family there.”

Nunez and Coronado had been married for nine years, but were estranged for the past several months. Nunez was fighting for custody of her children. A family friend told CBS News Nunez was scared of Coronado.

Police describe Coronado as a 5-foot-4 Hispanic male, weighing 180 pounds. He reportedly has brown hair, brown eyes and a mustache. 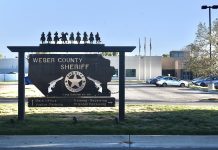 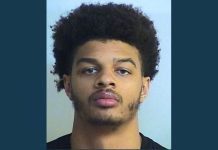 University of Alabama basketball player among 2 charged with murder