Dec. 10 (UPI) — Ethiopian Prime Minister Abiy Ahmed Ali received the 2019 Nobel Peace Prize in Norway on Tuesday, and recognized the honor by saying he knows from first-hand knowledge that “war is hell.”

In an emotional speech at Oslo City Hall, presided over by the Norwegian royal family, Ahmed accepted the award “on behalf of Ethiopians and Eritreans, especially those who made the ultimate sacrifice in the cause of peace.”

The 43-year-old leader was named the winner of the 2019 peace prize in October for his diplomatic efforts with Eritrean President Isaias Afwerki to secure a peaceful resolution of the neighbors’ long-standing border dispute. Following his election last year, Ahmed negotiated a peace deal and agreed with Eritrea to reopen the border after a 20-year stalemate.

Ahmed said his impulse toward peace was informed by his traumatic experiences as an Ethiopian soldier, when he discovered that “war is the epitome of hell for all involved. I know because I have been there and back.

“I have seen brothers slaughtering brothers on the battlefield,” he said at Tuesday’s ceremony. “I have seen older men, women, and children trembling in terror under the deadly shower of bullets and artillery shells. You see, I was not only a combatant in war. I was also a witness to its cruelty and what it can do to people.”

Ahmed recalled an occasion in which he survived a shelling attack that wiped out his entire unit, only because he’d briefly left their foxhole to find a better position for an antenna.

“I still remember my young comrades-in-arms who died on that ill-fated day,” he said. “I think of their families too.”

In recent months, however, Ahmed has faced rising tensions. The border crossings have been closed again and ethnic tensions within Ethiopia are roiling the nation.

In the face of the new challenges, Ahmed in his speech urged a rejection of “the evangelists of hate and division [who] are wreaking havoc in our society using social media.” 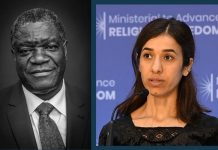 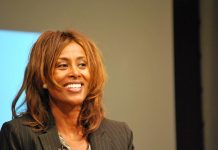 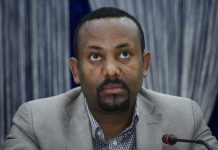 Ethiopia’s leader gives half of minister posts to women