Dec. 27 (UPI) — European Union nations on Sunday began mass inoculations of a vaccine to curb the spread of COVID-19 that has led to confirmed cases of more than 1 percent of the world’s 7.8 billion population.

The pandemic has grown to 80,944,933 infections and 1,769,932 fatalities, according to tracking by Worldometers.info since the first cases were announced one year ago in Mainland China.

On Sunday, the 27 European Union nations received doses of the vaccine developed by American drugmaker Pfizer and its German partner BioNTech and unofficially dubbed “V-Day.” Plans are to inoculate 450 million of the 741.4 million people.

About 12.5 million doses of the vaccine will arrive in EU countries before the end of this year as part of a 300-million dose bulk order signed by the European Commission. Contracts have also been signed by five other drugmakers of 1.1 billion.

In Europe, a total of 521,327 people have died and 22,682,606 have been infected, more than any other continent. And a new strain of COVID-19 is spreading through Britain during the height of the winter season.

The rate of infection is higher in Europe at 2% with the death toll at 520 per million. The global death toll is 226.7 per 1 million.

On Monday, the EU authorized the vaccine, which includes two spaced out doses per person and must be stored in ultra-low temperatures.

“Today, we start turning the page on a difficult year,” European Commission president Ursula von der Leyen posted Saturday on Twitter. “The vaccine has been delivered to all EU countries.”

Slovakia and Germany began vaccinations Saturday. Germany ranks 14th with the most deaths at 30,280, including 123 Sunday and a record 944 on Tuesday. Slovakia is 51st with 1,773 fatalities.

On Sunday, vaccinations began in the large nations of Italy, Spain, France and Portugal.

Being given priority are healthcare workers, nursing home residents and elderly.

Czech Republic’s Prime Minister, Andrej Babis, was the first person in the country to receive the vaccine.

In Italy, the first five people to be given it were frontline medical and research workers.

The French government plans to vaccinate 1 million people by the end of February, with a focus on the oldest, the most vulnerable and caregivers, at no charge.

In Spain, the first person to be vaccinated was a 96-year-old resident in a nursing home with the second a staff member at the same home. The nation is 10th in the world at 49,824 deaths with no data reported over the weekend.

Britain, which left the European Union in January, was first the first nation in the world to begin distributing the vaccine on Dec. 8 with the first dose going to a 90-year-old grandmother.

Through Dec. 20, a total of 616,933 people have received the vaccine, according to the British government.

Like other European nations, Britain has experienced a surge in cases and deaths. On Wednesday, Britain recorded 744 deaths, which was the highest since April, including the record 1,166 that month. Cases reached a record 39,036 on Thursday. Sunday’s deaths were 316 and cases were 30,501.

Britain’s Office for National Statistics estimates about two-thirds of people testing positive in London, southeast England and the east of England could have the new variant.

Seven days ago, Britain went into a Tier 4 lockdown, including banning activities during Christmas, amid a newly identified strain of COVID-19 that a top health official describes as “out of control.”

But cases of the more contagious variant have been confirmed in several European countries, including Spain, Switzerland, Sweden and France, plus Canada and Japan.

Russia developed its own vaccine, called Sputnik V, and began inoculations earlier this month, starting with the most vulnerable people in Moscow.

South Korea and Japan have been experiencing record cases although at numbers far below other countries in the world.

Japan recorded a record 63 deaths Friday and added 40 more Sunday for a total of 3,287, including 13 on a cruise ship, and 2,949 cases one day after a record 3,881 for a total of 222,093. On Friday, Japan reported five people tested positive for the highly contagious new variant through airport screening when they arrived in Japan from Britain between Dec. 18 and Monday, the ministry said.

On Monday, Japan will ban new entry into the country of nonresident foreign nationals from around the world. The nation has confirmed its first cases of the variants.

Tokyo already barred entry to foreign nationals who have recently been to Britain and South Africa.

On Thursday, South Korea reported a record 1,216 local and 25 imported infections. The total number of infections is 56,872, while the death toll at 808, including 15 more Sunday.

India and Iran are in the top 10 for most deaths.

The nation, which has the second-biggest population in the world with 1.37 billion, plans to vaccinate 300 million people with the first vaccine doses from three candidates. These include 30 million essential workers and 270 million who are vulnerable.

Serum Institute of India is collaborating with the University of Oxford and AstraZeneca to manufacture the vaccine. The SII has already manufactured 40 million doses of the vaccine.

Iran is in ninth place for most deaths at 54,693, including 119 Sunday after a record 486 on Nov. 16 and 5,502 cases after a record 14,051 on Nov. 27. In Brazil, trials are underway for Pfizer’s vaccine that will be free though President Brazilian President Jair Bolsonaro, who contracted the virus, said he won’t get it because he said side effects could turn people who take it into “crocodiles.”

“If you become superhuman, if a woman starts to grow a beard or if a man starts to speak with an effeminate voice, they will not have anything to do with it,” Bolsonaro said.

The continent has three spots in the top 20 for most deaths: Argentina in 11th with 42,501, Colombia in 12th with 41,943, Peru in 13th with 37,414. Chile, which is 21st with 16,404, became the first nation in South America to begin vaccinating with the Pfizer-BioNTech drug Thursday with the first five health workers.

It will be the fourth nation in Latin America after Mexico, Chile and Costa Rica, which is 66th with 2,086 deaths.

“Mexico is the first country in Latin America to have this vaccine,” Mexico’s president said in the news briefing Thursday. “Pfizer is fulfilling its commitment.”

The head of nursing at an ICU unit in Mexico City’s General Hospital received the first dose during the live news briefing. Close to 3,000 were vaccinated that day.

Mexico is expected to ship 50,000 more doses this week.

Also in North America, the U.S. and Canada have been vaccinating people.

On Thursday, Canada received its first shipment of Moderna Inc’s COVID-19 vaccines, Prime Minister Justin Trudeau said. In all, there will be 168,000 doses by the end of the month with 40 million total guaranteed. Canada joined the U.S. as the first nations to approve this vaccine.

Canada has already been administering the Pfizer vaccine to healthcare workers and those in long-term care facilities but the Moderna vaccine doesn’t have to be stored in as cold conditions as the Pfizer one.

“The different storage and handling requirements of the Moderna COVID-19 vaccine mean that it can be distributed to isolated and remote communities, including the territories,” Health Canada said this week.

Canada, Mexico and the U.S. remain in a mutual travel ban through Jan. 21.

On Sunday, Northern Beaches will be again barred from indoor gatherings after a three-day reprieve during Christmas time.

Antarctica recorded its first COVID-19 case after 36 people, 26 army personnel and 10 civilians, tested positive on a research base, according to a statement released by the Chilean Army last week.

The continent’s population varies between 1,000 and 5,000 depending on the season.

On Thursday, Africa and Nigerian Centers for Disease Control and Prevention said that a new strain that is different than the ones found in South Africa and Britain, has been found in Nigeria, the continent’s most populous country but only 1,247 deaths. 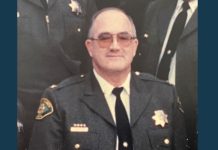