May 26 (UPI) — Preliminary voting results showed the center-right European People’s Party is expected to maintain a majority of European Parliament despite losing seats in Sunday’s election.

The European Parliament’s projections showed that the European People’s Party, which previously held a majority, was expected to shrink from 216 seats to 173, while second largest party, the Progressive Alliance of Socialists and Democrats would fall from 185 seats to 147.

An aggregate of polling data showed that Europe’s largest center-right and center left blocs were expected to lose 92 seats in parliament, according to The Guardian.

Amid the shift away from the center of the political spectrum, populist Marnie Le Pen’s National Rally Party won a majority of seats in France’s election.

Le Pens political party won 23.2 percent of the vote over Macron and the ruling party’s 21.9 percent, prompting her to say Macron must dissolve the country’s National Assembly.

“He has no other choice to dissolve the National Assembly and choose a voting system that is more democratic and finally representative of the real opinion of the country,” she said.

The Freedom Party of Austria placed third behind the conservative Austrian People’s Party and the center-left Social Democratic Party of Austria with 17.5 percent of the vote, down about 2 percent from the last election.

Support for the climate focused Green Party surged in Germany and Ireland, as a third of Germany’s young people voted for the party and the Irish Green party projected to take its first seat on the European Parliament in 20 years.

Preliminary results showed 51 percent participation among 27 EU countries, excluding Britain which had not yet reported voting numbers, the the highest turnout in at least 20 years, according to the European Parliament.

About 350 million people throughout the EU countries were eligible to vote to elect 751 members of the European Parliament, who regularly pass laws affecting the bloc.

Voter turnout numbers increased greatly in Spain rising to 34.68 percent participation from 23.87 during the last election in 2014. Germany’s voter participation increased from 29.4 percent to 25.6 percent, Italy rose to 16.7 percent from 16.66 percent and France’s Interior Ministry said voter turnout was expected to be 22 percent higher this year. 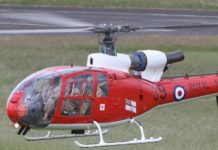 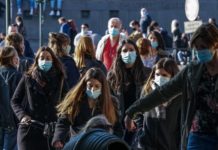