Feb. 7 (UPI) — A former Alaska Airlines pilot will plead guilty to federal charges of flying a plane loaded with passengers while under the influence of alcohol, prosecutors announced on Tuesday.

According to the U.S. Attorney’s Office in the Central District of California, Arntson flew a plane from Portland, Oregon, to John Wayne Airport in Orange County on June 20, 2014. After landing, Alaska Airlines randomly selected him for a drug and alcohol test. Two breathalyzer tests showed he had a blood alcohol concentration of 0.134 percent and 0.142 percent.

“Those percentages were well above the federal limit of 0.04 percent for pilots,” the plea agreement states.

Arnston was relieved of his pilot duties and retired from Alaskan Airlines shortly after the breathalyzer test results. The Federal Aviation Association also revoked his pilot’s license.

It wasn’t until January 2016 that Arntson was arrested and charged for drunk flying. At the time, Arnston said he had not been drinking and had only a few sips of beer the night before the morning flight, the Orange County Register reported. He also said he was taking antibiotics.

“This pilot worked for the airline for more than 20 years, and we now know that he was an alcoholic who flew commercial flights while under the influence of alcohol,” Hanna said. “When he was finally caught, the evidence indicates that he had flown with an alcohol level more than three times the legal limit. Thankfully, Mr. Arntson was never involved in an accident, but his conduct could have resulted in tragic consequences. Very few people will ever hold the lives of so many people in their hands at one time.”

Arntson and prosecutors agreed to a sentence of 366 days in federal prison and three years of probation. A judge will hand out the official sentence at a later date. 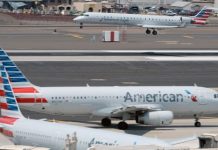 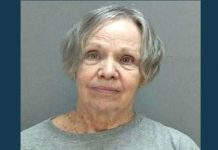