Sept. 21 (UPI) — A former Minneapolis police officer who pleaded guilty to a charge of manslaughter relating to his role in the death of George Floyd was sentenced to three years in prison on Wednesday.

Thomas Lane has already been serving a 30-month sentence in federal prison in Colorado after he was convicted in July of violating Floyd’s civil rights. In May, he pleaded guilty to a state charge of aiding and abetting second-degree manslaughter in Floyd’s death on May 25, 2020.

Lane’s attorneys and prosecutors had reportedly settled on the three-year sentence, which will be served concurrently with his federal time.

The court said on Wednesday that Lane will get a credit of 31 days for time already served.

Floyd, who was Black, died during an arrest when police officer Derek Chauvin knelt on the back of his neck for almost 10 minutes. Despite repeated pleas for air, Chauvin did not let up and it ultimately caused Floyd’s death — and led to outrage and widespread civil rights demonstrations nationwide that lasted for many weeks.

Chauvin was sentenced to more than 20 years last year after a jury convicted him of murder and manslaughter, and he later pleaded guilty to a federal charge of violating Floyd’s civil rights.

Lane was one of three other Minneapolis officers who were at the scene of Floyd’s arrest. Cellphone video shows that he held Floyd down by his legs while other officers stood watch over a disapproving crowd.

Two other ex-Minneapolis officers, Tou Thao and J. Alexander Kueng, were both sentenced to a minimum of three years in prison following their federal civil rights convictions in July. Both men are also set to appear in state court in October to face aiding and abetting charges. 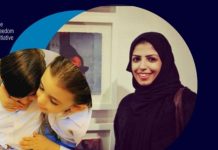 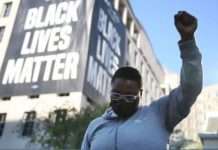