ST. PAUL, Minn., July 17 (UPI) — Wendell Anderson, a hockey Olympian who became a U.S. senator and governor in Minnesota, died Sunday. He was 83.

“Governor Anderson was one of Minnesota’s greatest governors,” Minnesota Gov.Mark Dayton said in a written statement. “His transformational ‘Minnesota Miracle’ — which he achieved through one of the most momentous bipartisan agreements in our state’s history — has dramatically improved the quality of our state’s public education.”

He died at Our Lady of Peace hospice in St. Paul, one month after being admitted to the hospice with dementia.

Anderson was a silver medalist in hockey at the 1956 Olympics. He became a state senator at age 25 and governor by 37.

For his efforts to pass the Minnesota Miracle and other progressive policies, Anderson appeared on the cover of Time magazine in 1973. The magazine featured a beaming, flannel-shirted Anderson holding a northern pike next to the words: “The Good Life In Minnesota.”

When Walter Mondale was elected vice president in 1976, Anderson appointed himself to Mondale’s vacant U.S. Senate seat. Angry Minnesota voters tossed him out of office in 1978.

“I think the people of Minnesota felt they had elected me as governor for four years and wanted me to stay there,” he told Minnesota Public Radio. “I think that’s fair. I don’t disagree with the decision they made.”

He was elected to Minnesota’s Board of Regents in 1985 and served until 1997.

Born Feb. 1, 1933, in St. Paul, Anderson played hockey at age 10 on outdoor rinks. He enrolled at the University of Minnesota on a hockey scholarship. He earned a bachelor’s degree in history from Minnesota in 1954.

He married his college sweetheart, Mary McKee. They had three children and divorced in 1990.

“He really truly believed that he was lucky to have been born on the East Side of St. Paul to working-class parents, the son of immigrants who was educated at the University of Minnesota,” his son, Brett Anderson of New Orleans, told Pioneerpress.com. “He was most proud of being a Minnesotan.”

A hockey defenseman, he played on the 1956 U.S. team that won a silver medal in Cortina, Italy.

Anderson arranged to donate his body to the University of Minnesota for medical research. 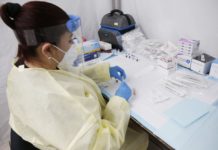