Jan. 17 (UPI) — Social media companies should be taxed to fund comprehensive research to study the effects of the online platforms on children, a group of British scientists advised in an analysis Friday.

In an 83-page report titled, “Technology use and the Mental Health of Children and Young People,” the Royal College of Psychiatrists said although studies have shown negative consequences linked to social media usage, existing research is fragmented and unsystematic.

What is urgently needed, they said, are much larger-scale, longitudinal studies to compare social media effects on children at different developmental stages and examine whether technology causes harmful outcomes and potential benefits.

The money for research, the Royal College said, should come from a 2 percent “turnover tax” paid by companies like Google, Twitter and Facebook and Internet gaming providers.

In its report, the group calls for an independent government regulator for online safety — similar to one that’s already been proposed by the British government — that could “establish a levy on tech companies proportionate to their worldwide turnover” and implement user data in the studies.

The tax-derived funds could be used for independent research and training packages for clinicians, teachers and others who work with children and young adults.

Social media and gaming companies, the psychiatrists said, should be “required to increase social responsibility measures” like that which the British government demands of the gambling industry.

Friday’s report is preceded by a foreword from the father of Molly Russell, a 14-year-old girl who killed herself in 2017 after viewing material about self-harm on Instagram.

Ian Russell said a “turnover tax” would fund “much-needed research into the impact of harmful content on Internet users, particularly the most vulnerable.”

Without such research, he added, “we cannot understand how content can lead our children and young people — our sons and daughters — to self-harm or, in the most tragic cases, die by suicide.” 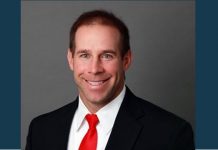 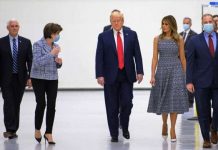