March 9 (UPI) — The wreckage of a legendary exhibition ship that was lost more than a century ago — when it was crushed by ice during an exhibition to Antarctica and sank in the waters around the South Pole — has finally been located, scientists said Wednesday.

The Norwegian-built Endurance was headed for Antarctica in 1915 during the Imperial Trans-Antarctic Expedition and was led by British explorer Ernest Shackleton and a crew of more than two dozen. En route, it was crushed by pack ice in the Weddell Sea and sank. The crew all survived.

The remains of the boat were a mystery for more than 100 years until a new search finally located the shipwreck last Saturday, the Falklands Maritime Heritage Trust said on Wednesday.

The sunken vessel is located almost 2 miles beneath the icy water of the Southern Ocean and 4 miles south of where the boat’s captain reported that it went down, scientists said.

The research team worked from the South African polar research and logistics vessel S.A. Agulhas II. The wreck is protected as a Historic Site and Monument under the Antarctic Treaty, which allows it to be surveyed and filmed, but not disturbed.

“Our objectives for Endurance22 were to locate, survey and film the wreck, but also to conduct important scientific research, and to run an exceptional outreach program,” Donald Lamont, chairman of the Falklands Maritime Heritage Trust, said in a statement.

“Today’s celebrations are naturally tempered by world events, and everybody involved in Endurance22 keeps those affected by these continuing shocking events in their thoughts and prayers,” he added, referring to the Russian war in Ukraine.

The Falklands Maritime Heritage Trust said that Shackleton’s goal was to make the first land crossing of Antarctica from the Weddell Sea via the South Pole to the Ross Sea.

The Ross Sea party pulled off its landing and left supplies for Shackleton’s — but the Endurance never made it, becoming trapped in dense pack ice before the 28-member crew was forced to abandon ship.

The crew took lifeboats to Elephant Island before Shackleton and five others continued on an 800-mile journey to South Georgia island to get help and rescue the rest of the crew members.

“This is by far the finest wooden shipwreck I have ever seen,” explorer Mensun Bound said in a statement. “It is upright, well proud of the seabed, intact, and in a brilliant state of preservation.”

Bound said he wants to bring the story of Shackleton and the Endurance to new audiences.

“We hope our discovery will engage young people and inspire them with the pioneering spirit, courage and fortitude of those who sailed Endurance to Antarctica.” 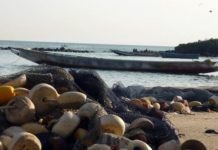 140 dead after migrant shipwreck near Senegal 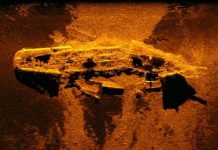 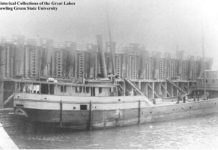