The blast occurred at the Transcontinental Gas Pipeline Co.’s natural gas facility in Gibson — located about 60 miles southwest of New Orleans — Thursday morning, WDSU-TV reported. Thirteen employees were at the plant at the time of the blast, but none were hurt.

Three contractors working at the site, though, were killed and two others were seriously hurt. Fourteen other contractors escaped unharmed.

Authorities weren’t immediately certain what caused the explosion — particularly because Transcontinental officials said the facility was not operating Thursday and no gas was flowing through the pipelines.

Company officials said they were not able to glean much information in a preliminary assessment, but they did reveal that it does not appear the blast occurred as a result of a ruptured gas line.

“We are deeply saddened by reports of serious injuries to personnel working at the scene,” operations manager Warren Toups said. “Our thoughts and prayers are with them and their families at this very critical time.”

Officials said there is no lingering danger at the plant, where a fire burned for a short time after the blast and sent thick black smoke into the sky.

Local authorities in Gibson and the Louisiana State Police are investigating the explosion.

Williams Partners, the parent company of the Transcontinental Gas Pipeline Co., owned another Louisiana gas plant in Ascension Parish that exploded in 2013. That accident, which killed one person and injured 73 others, led the company to pay a $36,000 federal fine for safety violations. 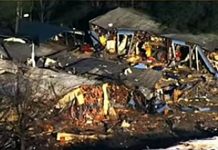 $1M worth of Corvettes trapped after deadly Houston warehouse explosion 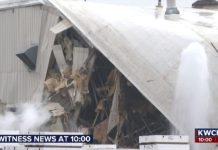 Explosion at aircraft manufacturing plant injures more than a dozen 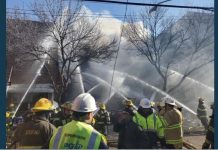