Oct. 28 (UPI) — Facebook founder and CEO Mark Zuckerberg announced Thursday that the parent company of the social network and its affiliates will change its name to Meta.

The major rebranding comes as the tech company faces increasing scrutiny amid allegations of stoking hatred and addiction on its platforms.

“Facebook is one of the most-used products in the history of the world. It is an iconic social media brand, but increasingly, it just doesn’t encompass everything we do,” he said. “I want to anchor our work and our identity in what we are building towards.”

The Facebook social media site will maintain its name, as well Facebook Messenger, Instagram and WhatsApp. All four will fall under the new parent company name, Meta.

Meta is short for “metaverse,” a term that refers to a broader virtual reality space in which users can interact.

Last week whistleblower Frances Haugen made her second appearance before a legislative body — this time the British Parliament — to speak on her experiences as a Facebook data scientist.

She said Facebook is “making hate worse” because tapping into anger among users online is the simplest way to grow its audience. She said the platform’s algorithms work to send users to pages with more extreme content.

Another whistleblower released the so-called Facebook Papers that showed that not only was the company aware that it caused polarization across the globe, it failed to stop rhetoric that led to the Jan. 6 riots at the U.S. Capitol, The Washington Post reported. 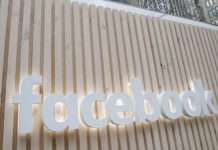