The grassroots effort coalesced in September when a group of farmers and advocates started a petition asking President Donald Trump, Congress and other federal institutions to let students have the 3.5 percent milk.

As of Sunday, more than 11,500 people had signed the online petition.

Whole and 2 percent milk were federally banned from school lunches in 2012. The move came during the Obama administration at a time when lawmakers were focused on fighting childhood obesity.

Congress had passed the Hunger-Free Kids Act two years earlier. The sweeping legislation was meant to ensure children received healthy meals at school. One of the ways it did that was by requiring that school lunches adhere to the Dietary Guidelines for Americans. Those guidelines say that children should drink only 1 percent or fat-free milk.

Two years later, the U.S. Department of Agriculture codified that law into rules for schools participating in the National School Lunch program, and whole and 2 percent milk were removed from the menu.

Under current law, whole milk only can return if the dietary guidelines are changed. Those guidelines are updated every five years by the USDA and the Department of Health and Human Services.

An advisory committee is currently meeting to review the latest scientific evidence before the next set of guidelines are released in 2020.

Advocate Bunting plans to deliver the petition to that committee in hopes it will spur reconsideration of the current position against the full-fat milk.

She and other grassroots supporters who have united behind this cause doubt the committee will budge, however.

The U.S. government has been urging adults and children to consume low-fat or fat-free milk since the 1980s as a way to reduce overall fat consumption. And leading health and medical institutions agree.

The American Heart Association recommends that children switch to 1 percent or fat-free milk after age 2, as do the American Academy of Pediatrics, Academy of Nutrition and Dietetics and others.

“It’s largely the obesity epidemic that drove whole milk out of popularity,” said Dr. Frank Greer, a professor of pediatrics at the University of Wisconsin School of Medicine and former chairman of the American Academy of Pediatrics Committee on Nutrition.

“There were studies that showed the easiest way to reduce fat in a child’s diet was to replace whole milk with low fat,” Greer said.

There’s logic behind that, he said. With its high fat and nutrient content, whole milk was historically marketed as something that could help children gain weight. In the 1940s and 1950s, many American children were malnourished and underweight.

Today, society is faced with the opposite problem. According to the Centers for Disease Control and Prevention, nearly 20 percent of America’s children and adolescents — some 13.7 million — are obese.

“If you are overweight or obese, it just makes sense to use low-fat milk,” Greer said. “But, has putting low-fat milk in schools done anything to reduce the obesity epidemic? It hasn’t appeared to.

“As far as I know, there are no studies that have shown that doing away with whole milk has had a significant impact on the obesity epidemic.”

What the law has done, industry experts say, is reduce overall milk consumption.

That decline is not just happening in schools. Americans overall are drinking less cow’s milk.

As sales fall, dairy farms are going out of business at record rates. Milk prices have been too low for most dairy producers to earn an income since 2015, according to industry experts. Some 2,500 farms closed in 2018, according to the USDA.

The industry blames the decline, in part, on the push to reduce fat consumption — along with the rise in plant-based alternatives.

These combined headwinds spurred a small group of dairy farmers and advocates in Pennsylvania to start the grassroots effort to return whole milk to schools.

Nelson Troutman, who owns a small dairy farm in Pennsylvania, was among the first to take action. In 2018, he came up with a plan to educate consumers about his milk.

After having many conversations with people who were shocked to hear that whole milk contains just 3.5 percent fat, Troutman devised a plan to advertise his whole milk as “97 percent fat-free.”

He went to industry groups and processors to pitch the idea. But, they were not on board, he said.

So, in December 2018, he painted the slogan, “Drink whole milk, 97 percent fat free,’ on the side of a round, plastic covered hay bale and placed it near a busy highway.

Other nearby farms followed suit. The fledgling group started meeting, and as the group grew, they started a website on which they post stories and data about milk.

Soon, farmers all over the country started using the slogan.

After meeting with Bunting, a whole milk advocate who also lives in Pennsylvania, they started a push to return to whole milk in schools. Bunting later started the petition.

In January, U.S. Rep. Glenn Thompson, R-Pa., introduced a bill in the House that would allow whole milk again in schools. The bill was referred to the House Committee on Education and Labor.

And in June, Sen. Pat Toomey, also from Pennsylvania, introduced a similar bill in the Senate. No action was taken on that bill.

“Milk is the No. 1 source of nine essential nutrients in the diets of our students, but if they don’t drink it, these health benefits are lost,” Thompson said in a statement announcing his bill.

“Milk consumption has been declining in schools throughout the nation because kids are not consuming the varieties of milk being made available to them.”

“We feel the debate on milk fat is a debate we can win,” Bleiberg, with the National Milk Producers Federation, said. “The conversation is moving in the right direction. It’s just going to take some time.” 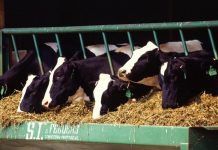 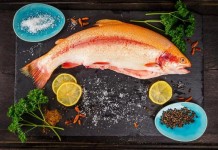 Too Much Fish While Pregnant Raises Child’s Risk For Obesity 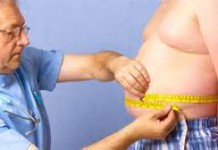