April 13 (UPI) — The FBI on Thursday added to its Ten Most Wanted list a Mexican drug lord accused of torturing and killing a U.S. drug enforcement agent in 1985.

The bureau offered up to a $20 million reward for information leading to the arrest and/or conviction of Rafael Caro‐Quintero, whom they believe to be between 55 and 65 years old.

Investigators suspect Caro-Quintero of being involved in the kidnap and killing of Drug Enforcement Administration Special Agent Enrique “Kiki” Camarena. The agent was investigating drug-trafficking operations between the United States and Mexico at the time of his death in February 1985.

The Department of Justice said Caro-Quintero gave the order to kill Camarena, though the drug lord told a Mexican court in April 1985 he had no involvement.

The U.S. District Court in the Central District of California issued an arrest warrant for Caro-Quintero in 1992, charging him with violent crimes in aid of racketeering, conspiracy to kidnap a federal agent, kidnapping a federal agent, felony murder of a federal agent, aiding and abetting, and accessory after the fact.

“Special Agent Camarena was devoted to stopping drug trafficking and breaking the cycle of drug‐related crime. He showed tremendous courage to pursue the most violent drug traffickers, and it is because of his courage and his selflessness that we’re not going to stop looking for Caro‐Quintero until we find him and put him back behind bars where he belongs,” FBI Deputy Director David Bowdich said. 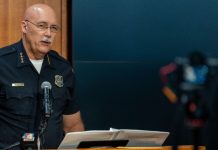 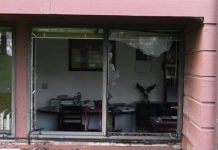 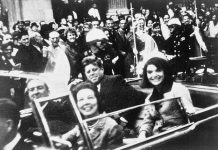