The FBI said Anthony Scott Lloyd, 44, called Waters’ office Oct. 22 and threatened to kill her if she continued to make disparaging remarks about President Donald Trump.

“This message is directed to Maxine Waters herself,” Lloyd said, court documents indicate.

“If you continue to make threats towards the president, you’re going to wind up dead, Maxine, ’cause we’ll kill you. You can call the FBI, you can call the [National Security Agency], you can call whoever the [expletive] you want and report this and try to get a surge or some kind of [expletive] phone number. [Expletive], if you do it again, you’re dead.”

When FBI agents visited Lloyd’s home in San Pedro, Calif., where he lives with his grandmother, Lloyd expressed regret and said he “probably could have done that better.” But he felt that his “voice matters” and accused Waters of threatening Trump.

Lloyd said the point he wanted to make was that Waters “better not make a move on the president” or else there would be dire consequences, though not necessarily from him.

“I’m not crazy, I’m not under any medication, I’m not a pre-meditator, I’m not a planner, I’m not a terrorist guy, I’m very patriotic and I love my country,” Lloyd said.

Lloyd is charged with threatening a federal official and faces up to one year in prison. 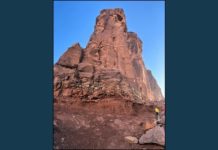 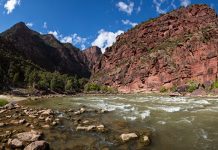